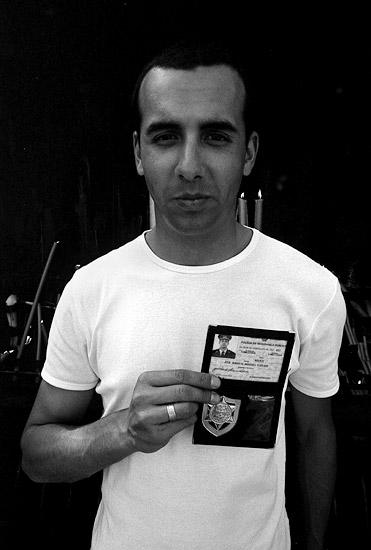 On the 12th of June 2004, millions of persons will have the eyes on the box that changed the world. TVs from all over the world will live broadcast the opening of the Euro 2004 with Portugal and Greece national teams kicking off.

In order that all comes out well, the security disposal involved in the Euro 2004 it?s composed with more than 12 thousand agents and PSP officers, that have received specific training for this event. On the 14th of May 2004, the last 780 new agents trained by the Escola Prática da PSP from Torres Novas, got together.

These photos, document a small part of the day when the 780 new agents swear to carry out with loyalty their new mission.

The anticipation. The parade and the oath with all the family and close friends as witnesses to it. The dispersion. The achievement. The hugs. The tears. Emptying the cupboards and packing. The vacant rooms for new candidates to PSP agents.