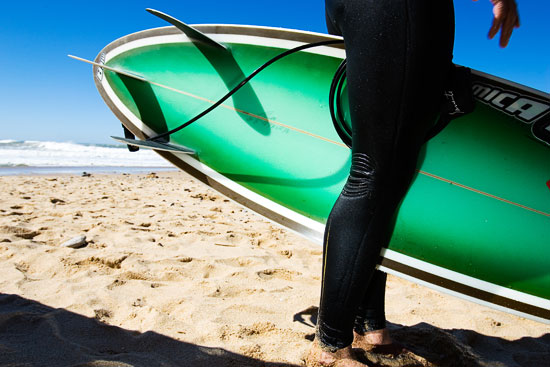 Surfing beaches are subject to certain rules and hierarchies. The so called localism in its simplest form is a way to impose respect and save the best waves to the "older" surfers from the beach, a little bit like an old style family father would be served before the rest of the family at dinner.

As an outsider on a certain beach it can be hard sometimes to integrate and catch waves. Localism in its extreme form is agressive and on the busiest beaches like the hawaiian ones can lead to stoning of cars and physical violence against the visitor.

Locals only is a mini surf competition sponsored by Red Bull with two surfers from three of the most emblematic portuguese surfing beaches. During three consecutive weekends there's a competition on the three beaches in order to find out if locals win on their own waves and to show localism in a different light. The winner won a trip to Hawaii.