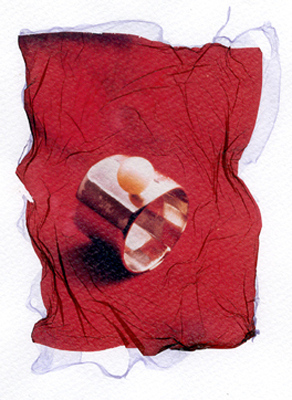 In a period where digital photography grows before one's eyes and gives us the opportunity to see what was done immediately, the Polaroid instantaneous film was almost abandoned.
However, the possibilities that this kind of film gives us are several and the limit it's only our imagination.

The work I present in this exhibition was all done with Polaroid films, and the techniques used go from simple manipulation of the image in film SX-70 until the transfer of the emulsion and the lifting of the emulsion of films type 809.
None of theses images was manipulated digitally, and everything was done through the manual process that implies some patience and caution, which becomes gratifying at the end.

All images are unique, because it's impossible to manipulate two images in the same way, even if both images are equal, unlike the digital manipulation were the work is done with numbers and percentages and where it's possible to repeat the same effect.

In this exhibition are images from Lisbon, as well as images from several other projects that are in Stand By.

I hope these photos stimulate your curiosity for trying new things within photography.
(Some of these photos can be seen in the official site of Polaroid)