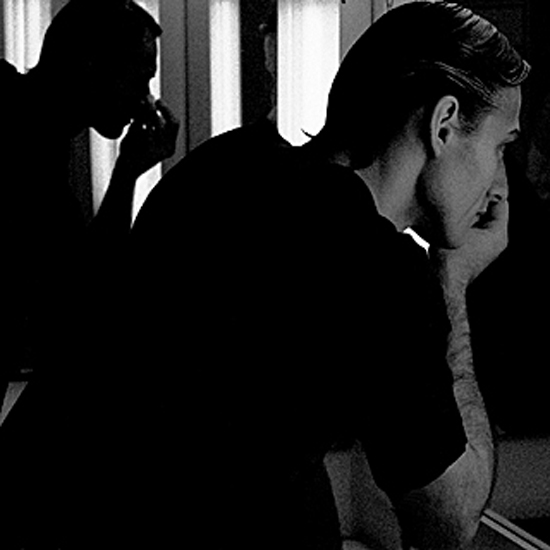 
"Daguerreotype is evidence refuting the incorrect view that art is an imitation of nature." Heinrich Heine's words on the earliest form of photography reflect on what I consider to be a complex assessment and cognition of lasting validity. Heine's verdict puts photography on equal footing with the arts.

Photography is always strongly subjective. For me, every photo is the individual expression of the photographer, his nature and culture. It unites myth and science. It demonstrates life processes and structures.

Photography plays a very important role in my life. On the scientific side, the photographs serve the medical and analytical diagnosis of the human body. On the emotional side, they are a means of expressing my feelings in images and formal symbols, as I perceive them.

In the past, I overestimated the essiveness, weightiness and drama of prima vista. Obviously to some extent as a result of my work in the field of X-Ray diagnostics, I increasingly focused on the things that people consider to be of secondary importance. Atmosphere and ambience are made up of many details, each of which is often very unspectacular and only effective if specifically focused on or viewed as part of a whole. Diagnosis, which is the result of studying a set of photographs, is not merely the sum of details. Nor can human moods be mapped by simply adding up certain impressions and states. Both processes are more complex than we often are aware of. Emotionality not only includes the important smells and sounds; often visual fragments, sideways glances, apparent peripheral details are decisive for our appraisal and memory of a situation.

Being receptive to all impressions leads to a higher level of perception. At the same time, I act on a "gut feeling" about what I believe the essential aspects of a situation to be when I take photographs and why this moment has one specific effect rather than another on me. Often my photos are created when I put my camera aside and disassociate myself from the technical aspects of photography.

I cannot rely on the camera's technology to make such an impressionist photograph, though I don't want to plan it down to the last detail either. However, planning is sometimes deliberate and necessary for certain reasons, e.g. in the studio or when taking landscape photographs. The camera setting and handling are essentially intuitive, though by no means coincidental. The knowledge and experience gained from optical physics constitute the basis, the tools that I need. They ca
n be compared with an artist or poet and his use of a pen on the paper. The camera is my pen and paper.
I write and draw with light. I try to create little poems and sketches of people and things that move me or touch me. I am not interested in documenting the obvious.

The atmosphere behind stage is very special because it is a place between worlds; between familiar everyday reality and the world of stage. On those boards, the world is both real and unreal. This is a necessary paradox because the artificial world of the theatre and particularly drama are based on real life situations. It conveys impressions that cannot be invoked by any other form of art.

I feel this unique and unforgettable atmosphere most intensely behind the scenes during performances, when the actors switch realities, often from one second to the next. Yet I found the best access to this realnstate of unreality further downstream at the theatre workshops, in the scenery store and costume wardrobe. The path leads through rehearsals, make-up and wardrobe, culminating in the one small step from behind the curtain onto the open stage. This is where drama is transformed into an art form. Applause and hugs after the performance, yet after only a few minutes - while the audience are still getting their coats - this wonderland dissipates into darkness and silence.

No guided tour of a theatre can ever convey to those who are able to understand it the impression of what an amazing and, indeed, fantastic show takes place there, again and again, evening after evening. I had the rewarding opportunity of accompanying people at several European opera houses on their journeys between these realities. I attempted to take notes and write little poems with light on celluloid and send them into the outside world; because we outsiders are curious to know what is behind the magic of the theatre and how it is created.

Yet it is not my intention to reveal or unveil this magic, or to document it. I don't want to create a "Making of...". Rather, I want my photos to tell little stories that leave scope for individual imagination and encourage people to go to the theatre regularly and expose themselves to this magic. My photos relate the immense work backstage, the efforts, emotions, concentration, oases of quiet, joy and exhaustion on the other side of the velvet curtain.