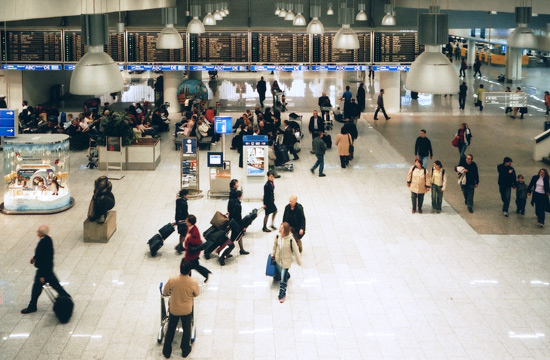 
The infinite repetition of identical places in different room's placings; the encounter, the crossing with indefinite individuals in artificial atmospheres, the doubled repetition of places without time, the movement without aim in pseudo-cities without human contact; the solitude in the multitude of singles: the Airports.