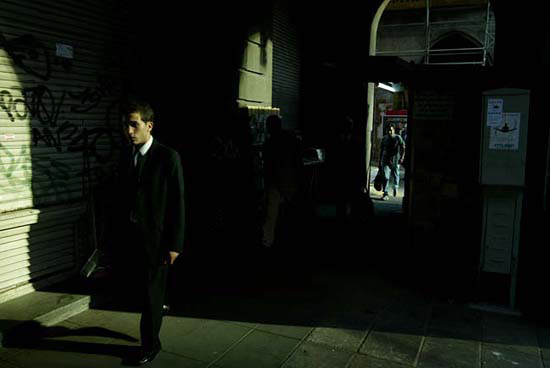 Argentina ? Buenos Aires, One year after the elections

Spring of 2004. Almost one year after Nestor Kirschner?s election for President and three years after the worst economical crisis in the history of the south-american republic. Buenos Aires, once reason for envy amidst other latin american capitals, is, today, reason for great curiosity. This fact, added to the peso?s lost of value before the dollar, made turism activities increase greatly during last year. But not everything is bright in this climate of healing.
Although the serious social wounds, slashed during the military dictatorships the country has endured before, were less notorious for a while, in the last three years the social situation has been suffering again and unemployment raised immensely. As such, the ?cantoneros? (people that search for carton boards among trash disposals) have sprung, and strike mouvements are constant in Plaza de Mayo (where the government?s headquarters siege) and it?s usual to see banks covered with graffittis drawn in protest by those whose money has been frozen. But, despite the weekly protests advanced by the mothers of those murdered or missing during the last dictatorship, and the colossal debt to the FMI, Kirschner has been successful in maintaining, during last year, a political stability, difficult to imagine in May of 2003, time of his election.