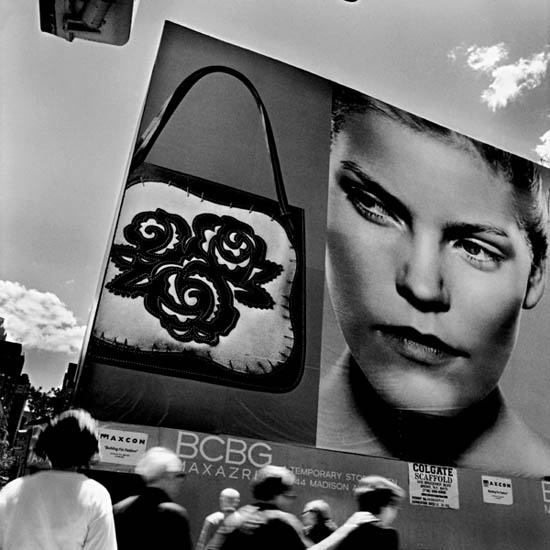 More than half a century ago, E. B. White wrote in his brilliant ?Here is New York? that in no other world capital it is possible to dive deeper into loneliness and anonymity. It would not take long for Greta Garbo to become a living and mythical proof of White?s paradox.

Claudio Edinger photographs now lend to White?s book images of rare enchantment. New York (specially Manhattan) is probably the world?s most photographed metropolis. Not just by artists like Edinger, but by millions of tourists and locals, in this cultural capital of the world.

The challenge to achieve fresh and dramatic images of New York is met by very few contemporary artists. This book is a collection of one of these exceptions.

Edinger pointed his lenses to streets without charisma as much as to classic New York icons. A strange effect accompanies all images in this book. The uncommon is captured at every street corner.

In the 70s, during his extended New York stay, Edinger lived with and photographed for two years the Hasidic Jews and reinforced the myth of New York?s quintessential bohemian institution, the Chelsea Hotel. In that first book we see a photographer obsessed with documenting the eccentric. Edinger?s method was to build a place and light its people framed by architecture detail. A few years later his focus switched to Venice Beach, California. After that he documented a Brazilian insane asylum, where he stayed for a while, and gave us back a mixture of Hieronymus Bosch and Walker Evans.

In Cityscapes, his work has gone up a notch. Not surprisingly, it took him over seven years to develop this essay. He had to decanter his own eyes from the city?s cliches, free the strangeness any foreigner always feels there. This allowed him to recreate ordinary views of the city.

New York is the main actor in this series, but the characters have much more than a supporting role. Edinger becomes each one of them. They are all adoptive New Yorkers, permanent or transitory, tourist or locals, jointly proceeding in a lonely crowd.

The formal rigor of each image combines deliberate compositions with snapshots. This is the result of decades of work as a photojournalist and portraitist, an eye trained to capture the eternal in every frame.

The photos in this essay seem like they existed somewhere else, inaccessible to the human eye, just waiting to be captured by the photographer. More than just a photo essay about New York, we see a new and expanded version of the world as we know it. Welcome to Edingerland.