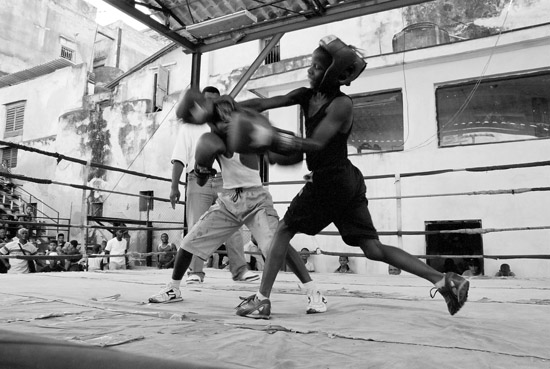 When I finally found the "Boxeo Raphael Trejo" in Havana, I was just in time for the competition. The young boxers, just started warming-up exercises under the supervision of the trainers, and a athmosphere of excitement in the air was filling the couryard where the old ring, full of patches and reparations would see the young fighers compete against each other.

Cuba has a long history of Boxing and these young athletes train with the hope of participating one day in the olypic games. The gym's head coach, Alberto Gonzales was National champion already five times.